How to know if your speaker is blown? While an external force may have damaged your speakers, such as an electrical surge or a direct hit from your pet elephant, it’s more likely that the damage was caused by too much power going to the speaker’s components.

A blown speaker’s most common aural indication is an unpleasant buzzing or scratching sound, by itself or roughly at the note’s pitch the speaker is attempting to reproduce. Or there could be no sound at all.

What is a Blown Speaker?

A broken or damaged speaker often manifests itself in a hissing sound when no music plays. In some cases, a loose connection can cause a buzzing sound that varies in pitch and loudness depending on how hard you play your speakers. You may hear nothing at all from a speaker, other times, even though it appears fine.

It’s not always easy to tell when speakers are damaged, but some common symptoms can help you determine whether or not it’s time for a replacement. If your speakers aren’t producing sound, it’s probably safe to assume they need repair or replacement. But how do you tell when they don’t sound right anymore?

Here are some signs that may indicate a problem: – Distorted sound: The most obvious sign of a bad speaker is distorted sound, the audio isn’t crisp and clear but instead has an unpleasant buzz or scratchiness that makes listening difficult.

Because speakers get hot when running, they’re particularly susceptible to heat damage. They also tend to blow when pushed too hard, so consider them victims of bad judgment on your part. Other common causes include using an incompatible device with a set of speakers and playing music at excessive volume levels for extended periods (which can damage both cheap and expensive speakers).

Suppose you have a subwoofer installed in your system. In that case, you may have blown it by over-driving it with a tone that contains too much low-frequency information for its ability or by feeding it high volumes from a weak preamplifier output.

Try plugging it into an amplifier to figure out how badly a speaker is damaged. If there’s any sound at all, even if one of your speakers has been damaged in a way that makes listening impossible, you might be able to use it as part of an otherwise intact setup. However, if you get no sound, don’t give up hope. There are several methods by which a professional can attempt to fix a damaged speaker.

The first thing they will do is disassemble and inspect each component for signs of damage. Afterwards, they will take apart and reassemble each component with meticulous precision, often multiple times until they have pinpointed what caused your speaker to fail in the first place. It may be possible to replace only certain parts in some cases rather than purchasing a new set entirely. Once everything has been put back together again, your speaker should work perfectly.

When it’s time for replacement or repair

You can tell that a speaker is genuinely dead by putting an ohmmeter across its terminals and checking for zero ohms of resistance. Speakers in good working order should show at least some resistance, typically around 3 or 4 ohms. The crossover (which separates high-frequency signals from low ones) also may be bad, causing a similarly raspy-sounding distortion as a blown driver.

If you’re not sure how to determine whether it’s dead or just broken, you’ll need to bring it in for evaluation. You can also call your local electronics supply store; most will gladly check out your speakers for free and let you know what’s going on with them.

Tips on buying and using speakers

Speakers play a significant role in how you experience sound. Unfortunately, speakers aren’t as sturdy as some other audio components and can fail prematurely.

A blown speaker’s most common aural indication is an unpleasant buzzing or scratching sound, by itself or roughly at the pitch of the note the speaker is attempting to reproduce.

Or there could be no sound at all. In some cases, if you hear these sounds from one channel or set of speakers but not another (or any at all), it may be an issue with your receiver/amplifier rather than with your speakers themselves, so troubleshooting would require further investigation and disconnect/reconnecting items until you isolate it down to just one component.

What happens when a speaker is blown?

When a speaker isn’t functioning correctly, there could be an actual problem with it, or it could just be on its last legs and needs to be replaced. How can you tell what’s wrong? The best way to determine if a speaker has blown is to troubleshoot.

Start by removing your speakers from their cases and then proceed as follows: If you’re getting sound from both of them when they’re hooked up individually, then you know it isn’t that either one of them is bad but that something else like wiring isn’t connecting them properly.

How do you check for a blown speaker?

While it’s not that hard to check for a blown speaker yourself, you must understand what you’re looking for. Since most speakers are simply loud but inaccurate, buzzes and scratches in one particular range of frequencies often indicate damage.

If you don’t want to be left without a sound, check out our guide on fixing blown speakers (and save money on a replacement). Just keep in mind that it may be cheaper to replace those parts than repair them. And there’s always the option of buying new speakers altogether. But if you do decide to go with repairs, try these tips:

It will help determine whether or not specific components need replacing rather than others.

If you’re getting these sounds, try unplugging and replugging them in. But, if all else fails, it might be time to consider an upgrade. Good news, though: There are tons of new gadgets that will make a massive difference in sound quality.

How do you check for a blown speaker?

Check for a blown speaker by plugging in your laptop or other device into your speakers and playing a song. If the song doesn’t play, then your speaker is blown.

Will a sudden loud sound damage a speaker?

No, a sudden loud sound will not damage a speaker.

Speaker distortion is when the sound of the speaker is being transmitted through the speakers or mixers and the sound is being altered in the process.

A blown speaker would sound like one of the following sounds:

How to hook up a dual voice coil speaker 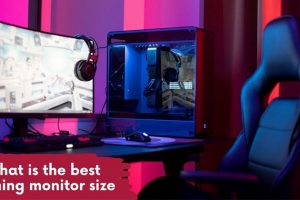 The size of the monitor you choose will depend on your needs. 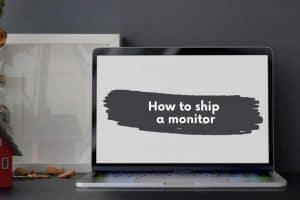 Shipping a computer monitor can be a risky task. You need to 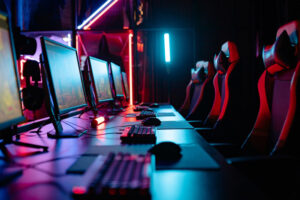 The use of multiple monitors continues to increase in the workplace. With