How to use a projector as a TV?

The simplest way to use a projector as a TV is to hook it up to cable. If you’re already paying for cable, then there’s no need to pay an additional fee for another box. However, if you don’t have cable or satellite feeds at home, the best solution would be one of the following options.

A few different streaming devices on the market can be used to watch content on a projector. The most popular option is the Roku, which has a wide variety of channels to choose from, including Netflix, Hulu, and Amazon Prime.

If you’re looking for something a little more affordable, try the Chromecast or Amazon Fire TV. These devices are easy to set up and can be used with a projector almost instantly.

In addition to these streaming devices, another option is the Blu-ray player, which will allow you to play discs from several different companies. It means that instead of having to pay for a Roku or Chromecast, you could buy movies that are compatible with your current Blu-ray player.

The last option you have is a video game console, specifically the Xbox One or PlayStation 4. These consoles are built for gaming but can also stream Netflix or play Blu-ray discs. If you already own one of these devices, it might make more sense to use it as your projector TV.

It allows you to use a projector as a tv without worrying about complicated setups or what cables are compatible with your devices.

The wireless solution is excellent if you have multiple people in different rooms. For example, you could be sitting in the living room watching Netflix on your projector while someone else is watching a Blu-ray movie in their bedroom and playing video games in the basement.

Many different wireless options are available on the market, including those that can send 3D or 4K content over short and long distances. However, there is one downside with most wireless solutions: latency.

If your TV and projector are too close together, the signal could experience latency, which means there is a delay between what’s happening on your TV and the projector. It cannot be enjoyable for games or streaming apps like Netflix because it means that you’ll probably experience choppy playback.

Another downside to wireless HDMI devices is that they usually don’t support HDCP 2.2 content. It is content that has copy protection encoded into the video, which means you won’t be able to watch it with this type of connection (unless you use an HDCP stripper).

It is probably the simplest way to use a projector as a TV because it doesn’t require new devices or software.

The downside to this option is that you’re limited to the distance between the projector and the receiver. If you have a large room, you might have to get a longer cable to reach the receiver from the projector.

Also, keep in mind that not all cables are created equal. Some wireless HDMI receivers only support certain types of cables, so you might have to do some research to find the right one.

Can You Use a Projector as a TV?

There is a lot of confusion about whether or not you can use a projector as a TV. The answer is yes, but with some caveats.

First, you need to ensure that your projector has input for TV signals. Most projectors do, but it’s worth checking before you buy one.

Next, you need to make sure that your projector is bright enough. If it’s not, you won’t see the picture very well.

Finally, it would help if you remembered that a projector is designed for short-term use and isn’t as energy efficient as an actual TV set would be.

All in all, using a projector as a TV is an excellent option if you’re on a tight budget and don’t mind the fact that the picture isn’t as straightforward.

Using a projector as a TV is an option that can save you some money if you’re on a budget. The setup doesn’t require any new devices or special software, so it’s easy to do yourself.

Keep in mind that the picture won’t be relatively as straightforward as what you’d see on your actual TV set, but it should work fine if you don’t mind the slightly lower-quality image.

How can I turn my projector into a smart TV?

The easiest way to turn your projector into a smart TV is by using an Android TV box, which you can plug into the back of your projector. Once plugged in, you can use it to stream content from Netflix, Hulu, or Amazon Prime Video.

What are some tips for setting up a wireless HDMI connection?

When setting up a wireless HDMI connection, the main thing to keep in mind is that the signal will experience latency if the TV and projector are too close together. If you’re using a streaming device like a Roku or an Apple TV, make sure to put it as far away from the projector as possible to avoid any lag.

Can I use a projector as a TV for gaming?

Yes, you can use a projector as a TV for gaming, but some things to keep in mind. First, you need to ensure that your projector has an input for HDMI cables. Second, you need to make sure that the projector is bright enough so that the image is visible.

Does the projection TV have HDMI?

Projection TV does not have HDMI. HDMI is a digital audio and video interface created to replace older analog connections. Most newer projectors have an HDMI input, but it might not have this feature if your projector is older.

How to use a projector outside during the day 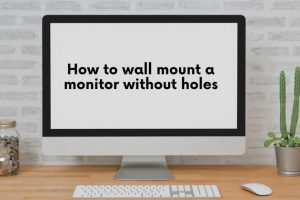 If you want to wall mount your monitor, but you don’t want 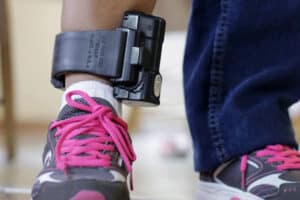 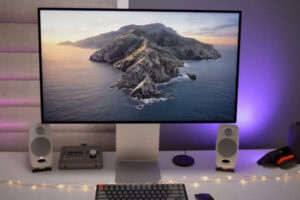 When you work on computers, you must have a good monitor. They 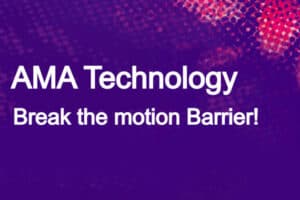 Ama monitor is a device used to monitor breathing and heart rate.